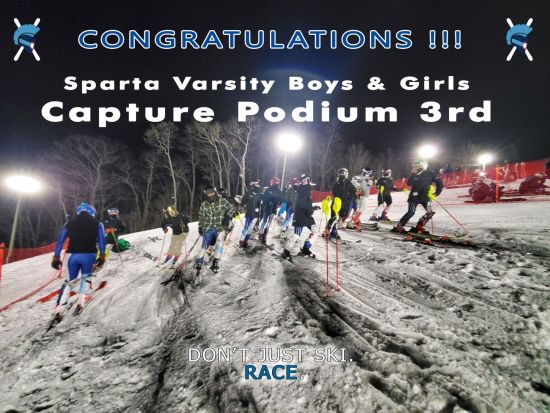 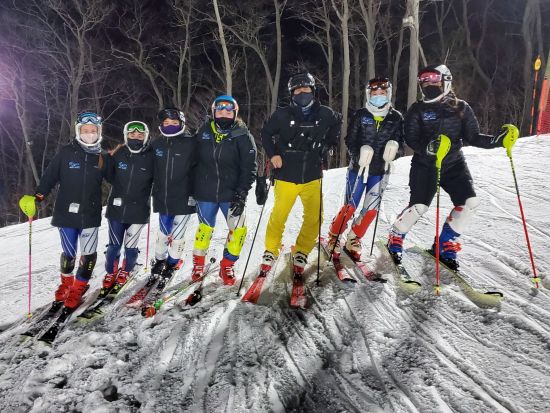 It was an energetic and thrilling first race of the season. Sporting masks and social distancing, we were all ecstatic to be racing again. Faced with the mystery of a broadscale new team, having had limited dryland and gate training practices, racing on an unfamiliar race trail, and kicking off the season with slalom instead of giant slalom, the Sparta Alpine Racing Ski Teams met the challenge with great success.

Yes, everyone was feeling butterflies and excitement as they waited for the starter to say "Racer Ready?" And when it was time to take their second run their nerves had subsided and they were enthusiastic to shred the course again. When the results had finally been posted, both teams achieved podium 3rd.

Year after year, this team continues to demonstrate exceptional sportsmanship. Friday night was no different, the Sparta Ski team was the last team off the mountain, cheering on all the other high school racers until the last racer was gone. Thank you to our team captains and the entire team for making this our respected trademark.

Congratulations Sparta Ski Teams For Placing On The Podium!

Mark your calendars, our next slalom race is next Thursday, Jan. 14th at 5 pm at the National Winter Activity Center.