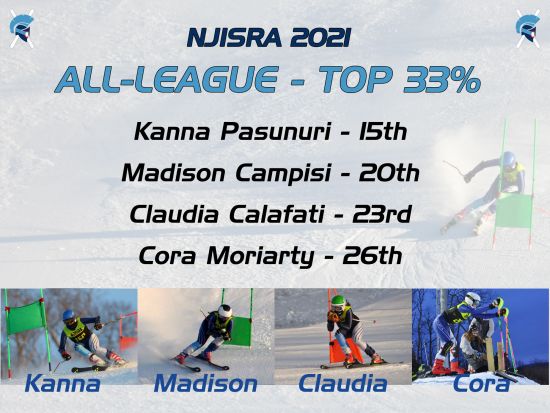 Each year, the top one-third of NJISRA high school ski racers are honored with the distinguished title of "ALL-LEAGUE". We are proud to announce the four Sparta ski racers that were named 2021 "All-League" (Top 33%): Kanna Pasunuri, Madison Campisi, Claudia Calafati & Cora Moriarty.

This year, NJ varsity ski racers competed to earn individual points, racing in five scheduled conference events for a total of 10 individual races. The best 5 out of 10 runs count towards "All-League" points. A total of 35 girls and 40 boys qualified to compete at the Race Of Champions, which includes Honorable Mention (top 40%). 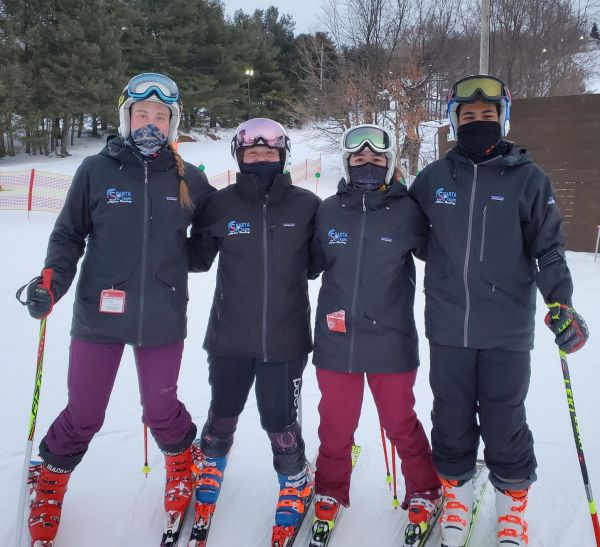 These four athletes have all qualified to compete at the Race of Champions (ROCs). The ROC is the final race of the season to determine the top 12 boys and top 12 girls to be named "All State" and join the NJ Ski Team.

Congratulations to this exceptional group of athletes. This is a well-deserved accomplishment. We wish you all speed and strength at the Race Of Champions on Wednesday, February 17th at 10 am at Winter 4 Kids in Vernon, NJ.