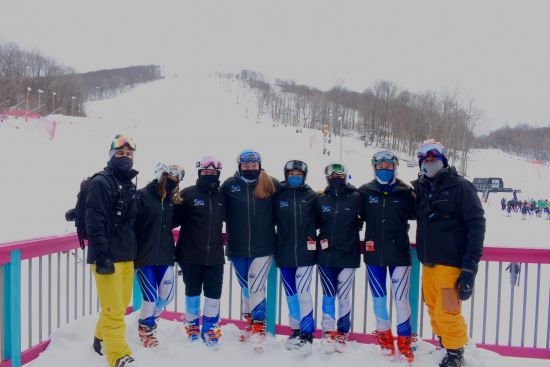 Escaping the bite of the Giant Slalom (GS) course on the first day of the 2021 NJISRA State Championships posed a challenge for our ski racers. The Giant Slalom State Championship took place at Winter 4 Kids in Vernon NJ on Friday afternoon Feb 12th, 2021. Two GS courses were set up, one for the women and one for the men. The top 10 teams in the state were competing for the podium placement. Each high school team is composed of six alpine racers. Each racer gets to run the giant slalom course twice. The combined times for both runs from the top four racers for each team account for the team's total time. A racer must finish both runs in order to contribute to the team's time. 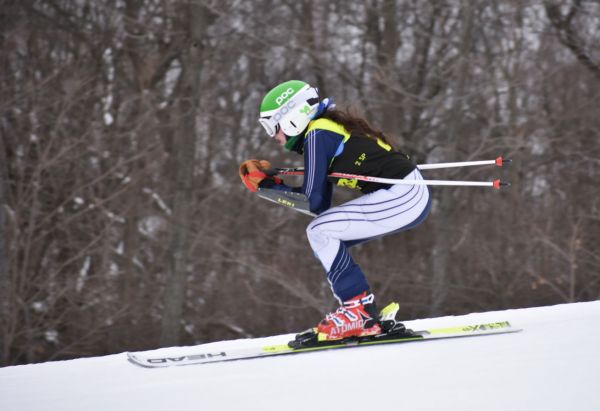 The first runs were fast and mostly flawless for the Sparta Ski Team. Even though one racer took a fall in the first run, she managed to get back on course and deliver a time that would be essential to the ski team when the race was all over. The girls were in a good position after the first run. The game plan for the second run was to stay the course and make it across the finish, and we would have a great chance of stepping onto the podium. Easier said than done. It was in the second run that the course reared its ugly head and took another racer down with a DNF and tricked-up another racer immediately out of the starting gate adding seconds onto her time that was used in calculating the Sparta Ski Teams overall time. Fortunately, team Captain Claudia Calafati and third-year varsity racer Cora Moriarty delivered two powerful clean runs, leading the girl's varsity ski team to a worthy seventh-place finish overall. 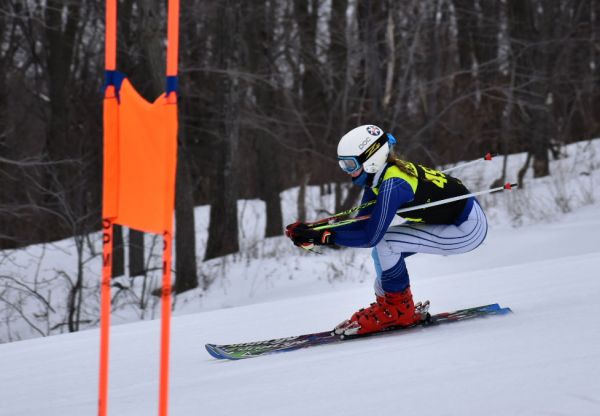