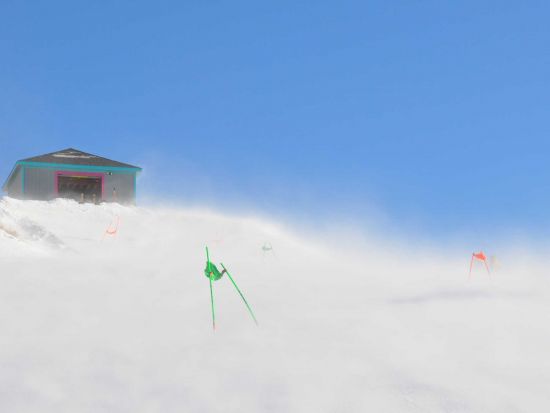 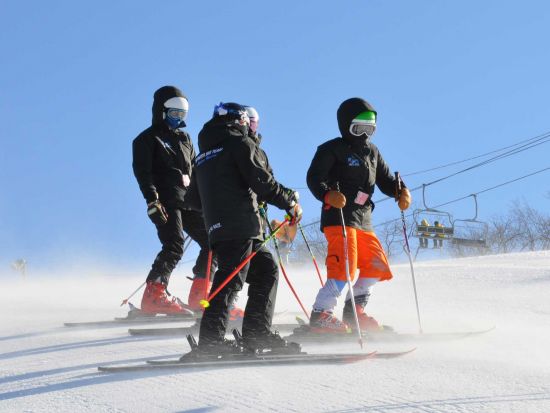 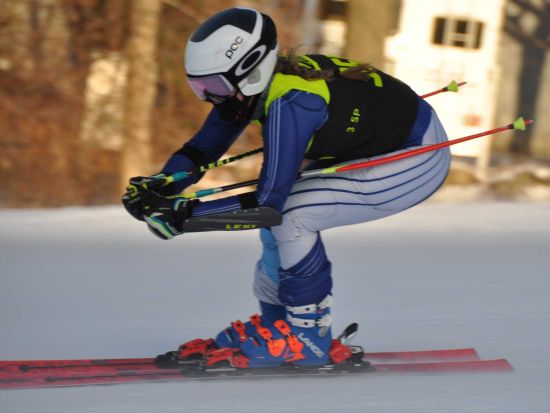 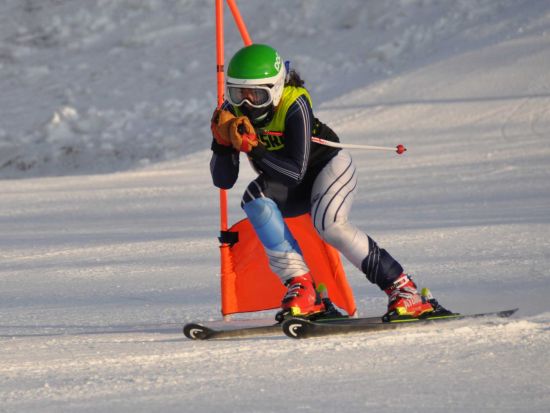 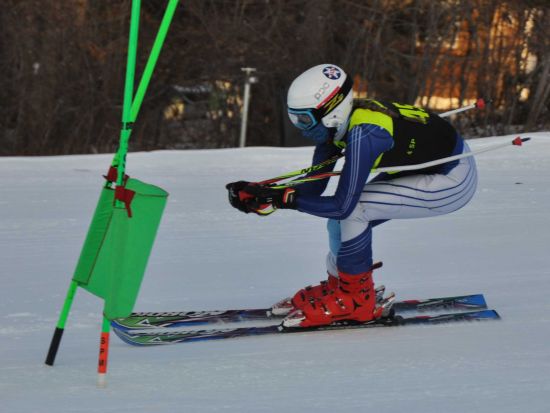 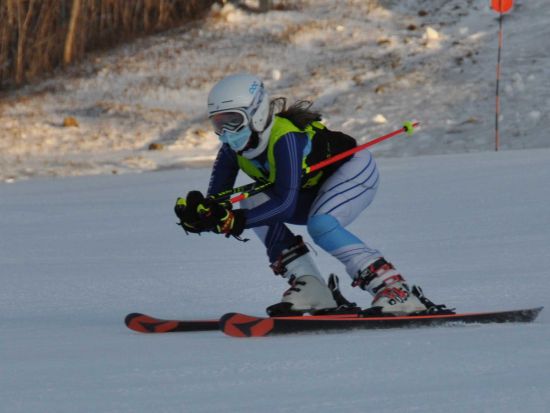 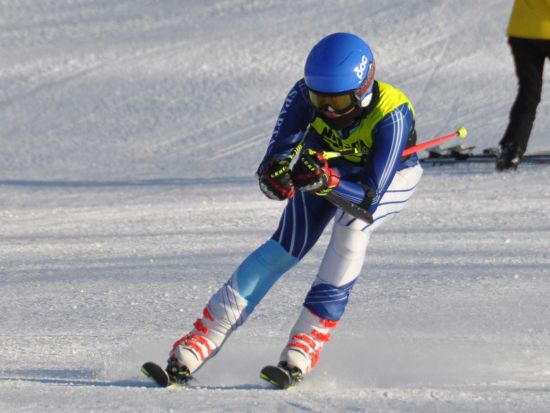 The panels on the giant slalom gates had all been lowered due to the near gale force winds that were dominating the mountain at Winter 4 Kids on Friday afternoon, Jan 29th, 2021. Although the sun was shining and the sky was blue, the temperatures were frigid, hovering in the mid-teens with a real feel of -2 degrees. The racecourse surface had been completely stripped of any light snow and the winds were blowing directly into the racers posing a challenge to their vision and speed. 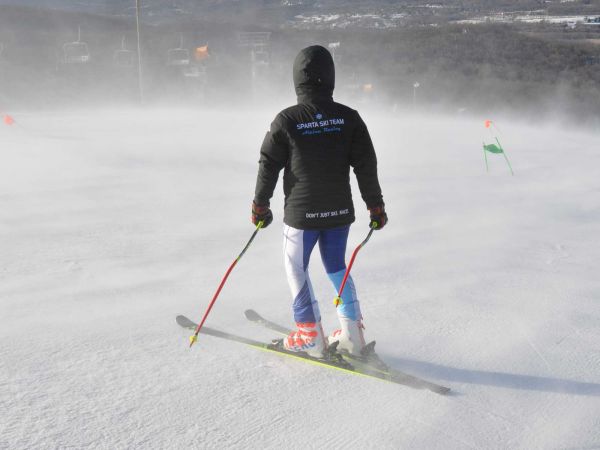 Doing their best to stay warm, every racer was hyped-up to carve the course. First out of the starting gate for Sparta was Team Captain Rachel Young who was commanding the racecourse until she crashed into the second to last gate just before the finish line. After being checked out by ski patrol and myself, Rachel was determined to take a second run and power the course. Aside from a few more safe spills on the racecourse and even on the way to the bus, the team continued to send it with a smile, cheering each other on. Anxious to find out the race results after the race was over, the team was disappointed to find out that race times had not been posted and we would have to wait overnight to know the results.

When the race results were finally released the next day, the Sparta Varsity Girls Ski Team once again captured podium placement and finished 3rd. Tenafly won 1st place with a team time of 5:43.93, Mountain Lakes finished in 2nd place with a time of 6:01.55 and Sparta placed 3rd with a team time of 6:02.83. Sparta girls were only 1.3 seconds shy of capturing second place. The four racers qualifying for the Sparta Ski Team all finished in the top 14 and within six seconds of each other. Leading the Sparta girls team and finishing 6th overall was Madison Campisi, followed by Team Captain Claudia Calafati finishing 9th overall, then Cora Moriarty finishing 12th overall and Gabi Rodek finishing 14th overall. The Sparta Varsity Girls Team has once again managed to capture podium placement for the fourth race in a row. I can confidently say the girl's varsity ski team is on course to qualify for State Championships. Keep crushing it girls. 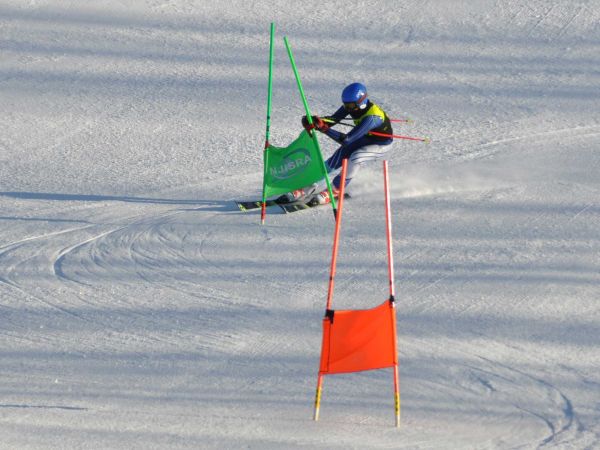