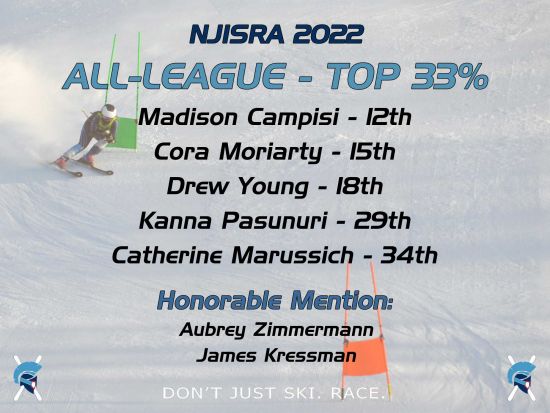 These seven athletes have all qualified to compete at the Race of Champions (ROCs). The ROC is the final race of the season to determine the top 12 boys and top 12 girls to be named "All-State" and join the NJ Ski Team.

Congratulations to this exceptional group of athletes. This is a well-deserved accomplishment. We wish you all speed and strength at the Race Of Champions on Tuesday, February 22nd at 10 am at Winter 4 Kids in Vernon, NJ.