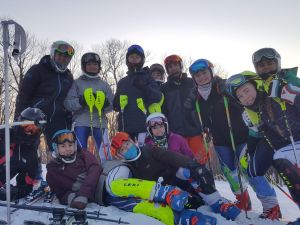 The dual slalom Friday night was a great ski race. At the end of the race everyone of our 16 ski racers was smiling ear to ear and thrilled to have had the chance to compete.